25 kms from Shillong lies a lush green paradise that is a portal into another world. A step into the Mawphlang sacred forest of Meghalaya is like a step into an unknown kingdom – one full of mysteries, magic and the eccentric.

Meghalaya literally means ‘abode in the clouds’ and it is as heavenly as its name. Heavy rainfall and its sequestered status have ensured that its magic and mythology remain untouched. Throughout the East Khasi Hills and the Jaintia Hills district, sacred forests run abundant, but few have achieved the status of the Mawphlang Sacred Forest.

Covering about 192 acres, the Mawphlang Sacred Forest was originally home to the Blah Community. A clan war ensued and the Hima Mawphlang won, following which a search for a leader began. The clan settled upon a woman who was revered and said to possess even supernatural gifts. However, she refused and instead promised to make her son the leader provided the Gods gave her a sign. She planted some saplings inside the forest. Lore has it that she believed that if the saplings survived for three years, her son was meant to be their leader. The saplings flourished and her son took on the title.

In a culture steeped in lore and fables, this is but one instance of the rich history behind every aspect of their lives.

The resident Khasi tribe holds the  forest and its deity sacred and bestows the forest with a distinct entity. The local deity called Labasa is seeked for blessings in times of any mishap or illness. Locals believe that the deity takes the form of a leopard or lion to come and save them from any misfortune. Routine sacrifices are performed on monoliths inside the forest to keep the deity appeased. 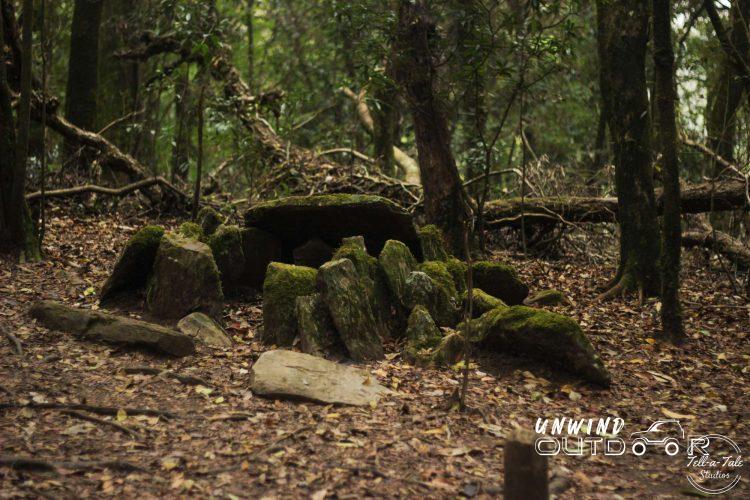 The sacred grove in the forest

Indeed, monoliths smatter the forest with their imposing presence. Locals even have a festival dedicated to the monoliths. As the local guide points them out, one cannot help but sense a mysterious aura of power around these sacrificial spots. This aura of the mysterious and the metaphysical is an almost eerie presence throughout the forest. One sometimes senses movement or sounds where there is seemingly nothing. The effect is almost skin-crawling which is perhaps fuelled by the legends surrounding the Mawphlang Sacred forest. However, there is no danger as long as a local guide accompanies you. The forest is the natural habitat of the locals and they know its spots and secrets like the back of their hand. 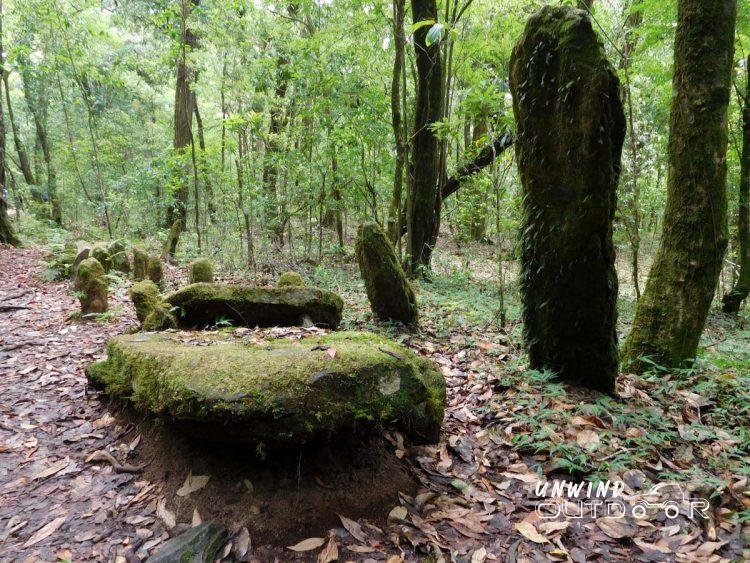 The forest is strewn with monoliths

It is not just the megalith strewn trail that one should visit this forest for. It is also just the thrill of being in the wilderness, where even sunlight enters timidly. The dense deciduous trees form a netting of a verdant ceiling and the silence echoes powerfully. Many plants are considered medicinal with claims that some can treat tuberculosis and cancer as well. A walk through the forest is an experience as nerve-wracking as exotic.

The most interesting folklore however, is the claim that locals make. According to them, what stays in the forest must remain in the forest. People are not allowed to take even a leaf or a twig out of the forest. As laughable as it might sound, this is taken very seriously. It is said that some Army men wanted to take some logs from the forest many years back. They loaded their truck with the logs but the truck refused to start. Locals say that even people who have tried to take back a leaf have faced some mishap. Whether true or not, the fables are enough to scare people. It is best to respect local sentiments and steer clear of anything that could cause problems.

A trip to the North-East would be quite incomplete without a walk through the Mawphlang Sacred Forest, with its deep woods and strong legends. The forest is open between 9 a.m.- 4.30 p.m. The best time to go is around September-October. Monsoons are best avoided in the wettest state of the country. Be sure to appoint a local guide to get the most out of your visit, as otherwise it may all seem bland and uninteresting without the accompanying stories.

The Mawphlang Sacred Forest remains a hidden oasis of biodiversity and a sanctuary for several endemic species. Visit it for the raw wilderness, the uncanny fables and the aura of the supernatural that surrounds it. Use it as a chance to interact with the local Khasi people – warm but in veneration of their Labasa. 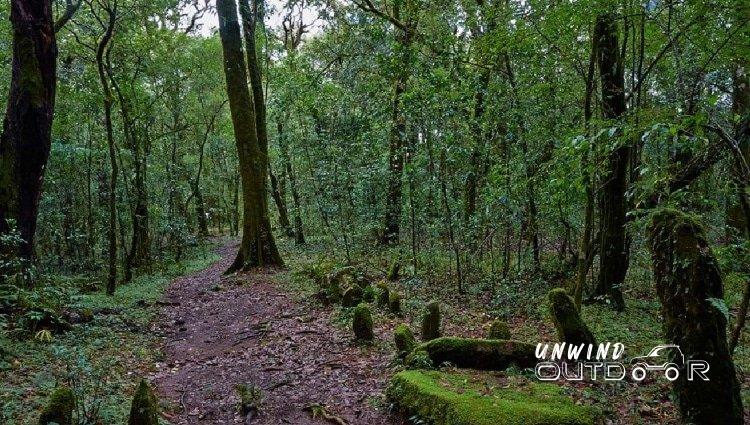 A walk through the forest is a sublime experience 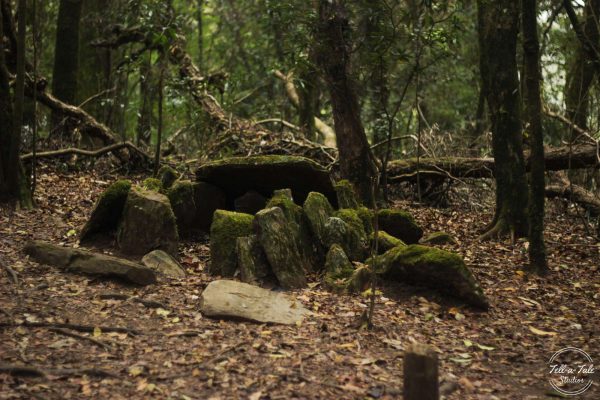 25 kms from Shillong lies a lush green paradise that is a portal into [...] 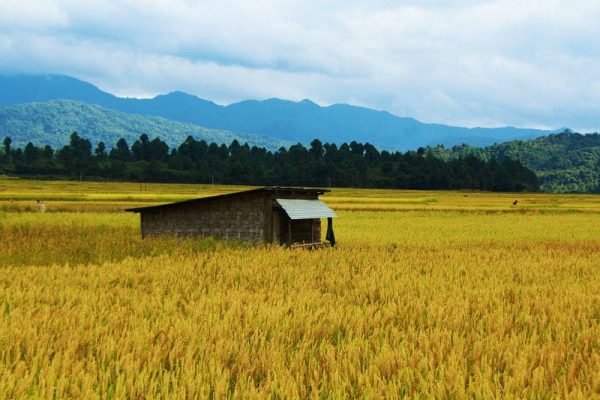 Ziro Valley – A walk back into time

The Ziro Valley, covered by the verdure of pine and bamboo, is as scenic [...] 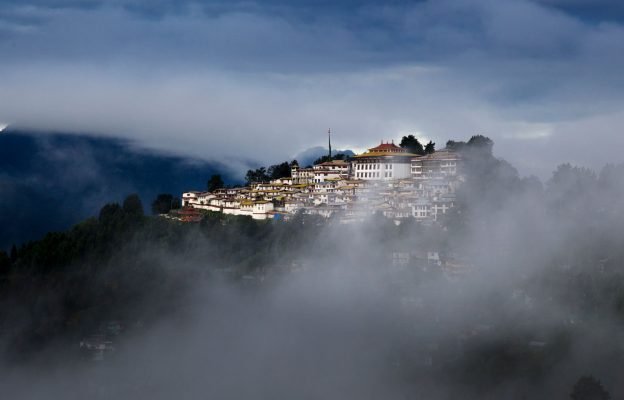 Tawang – Our trip to the stupendous land

Nestled in the north-western part of Arunachal Pradesh, Tawang is a land forgotten between [...] 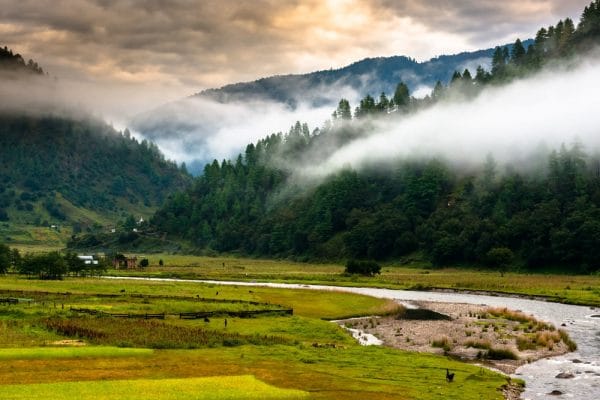 Sangti Valley – A turn into a whole new world 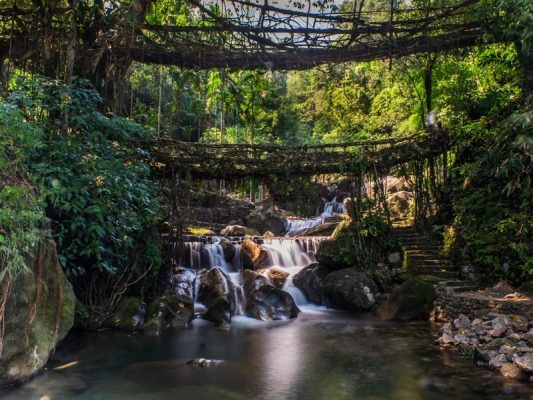 The Living Root Bridges of Meghalaya

Home to the two wettest places on Earth, Meghalaya also boasts of the marvel of [...] 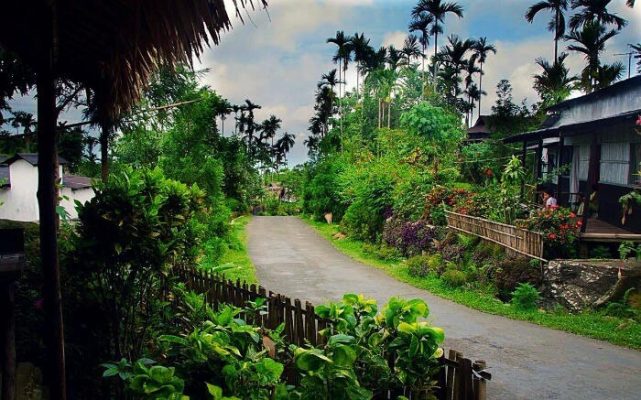 Lessons to be learnt from the people of Mawlynnong

Mawlynnong almost seems like a utopian paradise, with its beautiful clean streets and literate population, [...] 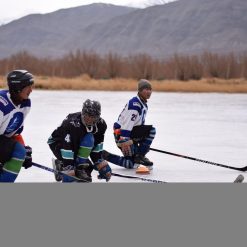 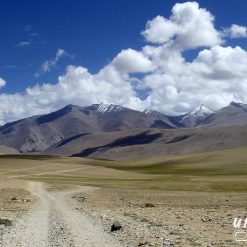 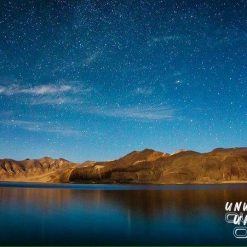 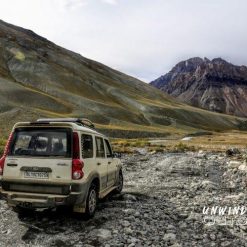 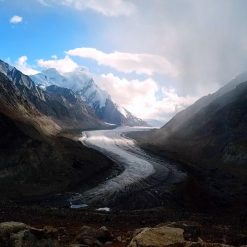 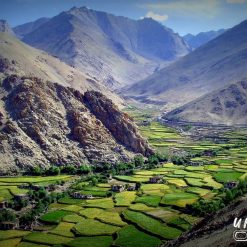 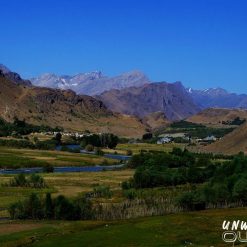 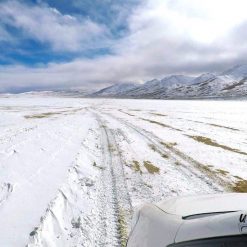 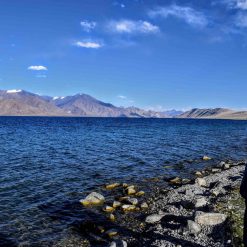 Roof Of The World – Manali to Leh Road Trip 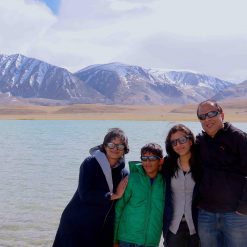 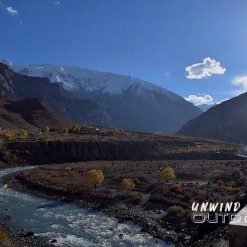 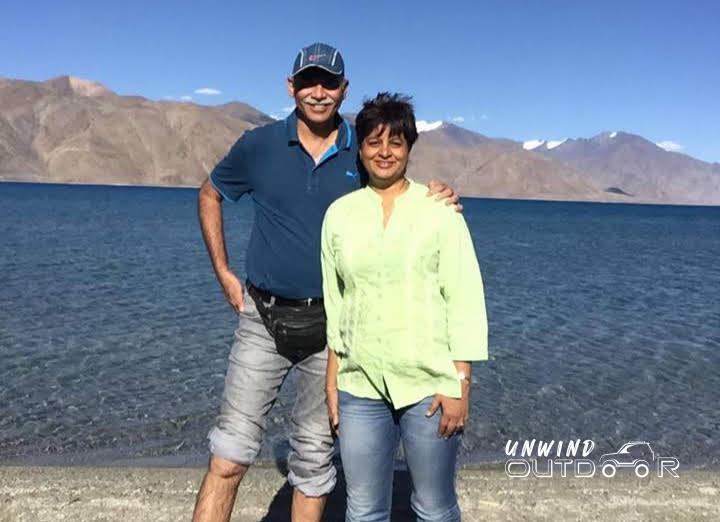 Thank you very much to you and your team for arranging this fantastic tour. One of the best pick from this tour was your meticulous planning and promptness of service. All arrangements were fantastic, be it a delivery of vehicle at Chandigarh airport, hotels particularly at Chandigarh, Leh, Nubra, Pangong. However the best was at Jispa, Kargil and Srinagar for different reasons. Jispa was simple but authentic with very tasty food. 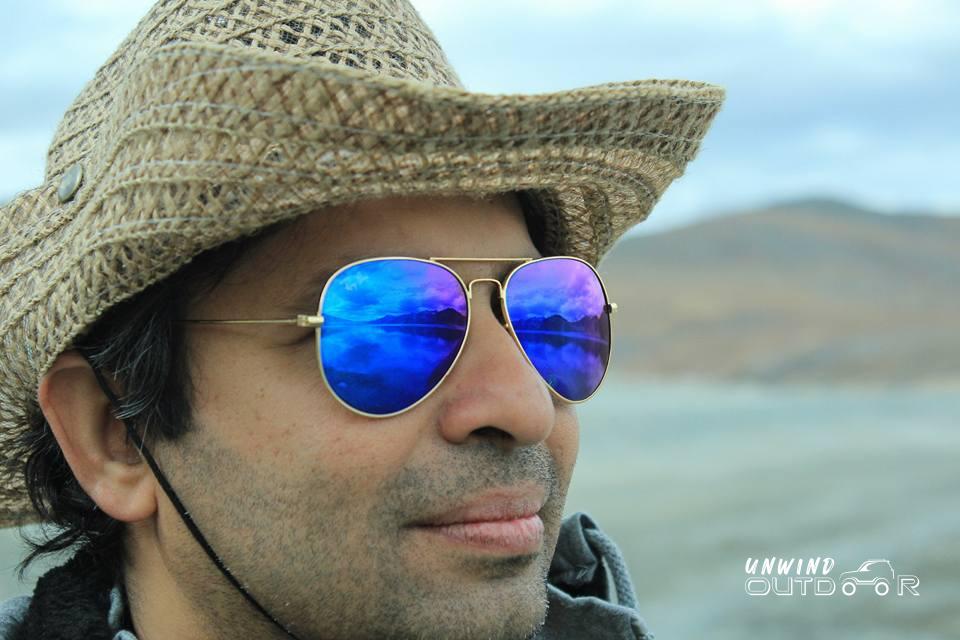 Sunil, after I ran 21k Marathon I bragged about it for years. The same is being repeated again, with my ambition to drive across the Himalayas, which was almost faded with Srinagar under curfew. You and Chetan were the spark to our fire that we could do this drive and without a single trouble. Driving is a passion but driving thru places where there are no roads is trouble, but your breakup of program and awesome car condition helped us actually sail thru. Three cheers and five stars. 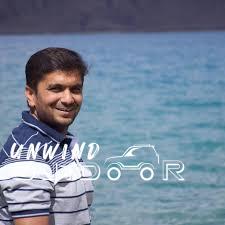 Wow. wow, wow. What a experience! We took the route of Delhi - Jammu - Srinagar - Leh - Sarchu - Manali - Delhi.  Sunil Kapoor gave us excellent service which includes his next to new 4WD in immaculate condition and all hotels were top class. Coming from Australia, we were bit nervous in start but when we met Sunil, we had full trust and all went very positive. Sunil gave us perfect instructions and everything was according to plan. Thank you Sunil and your team for our one of the best experience in life you have provided us. 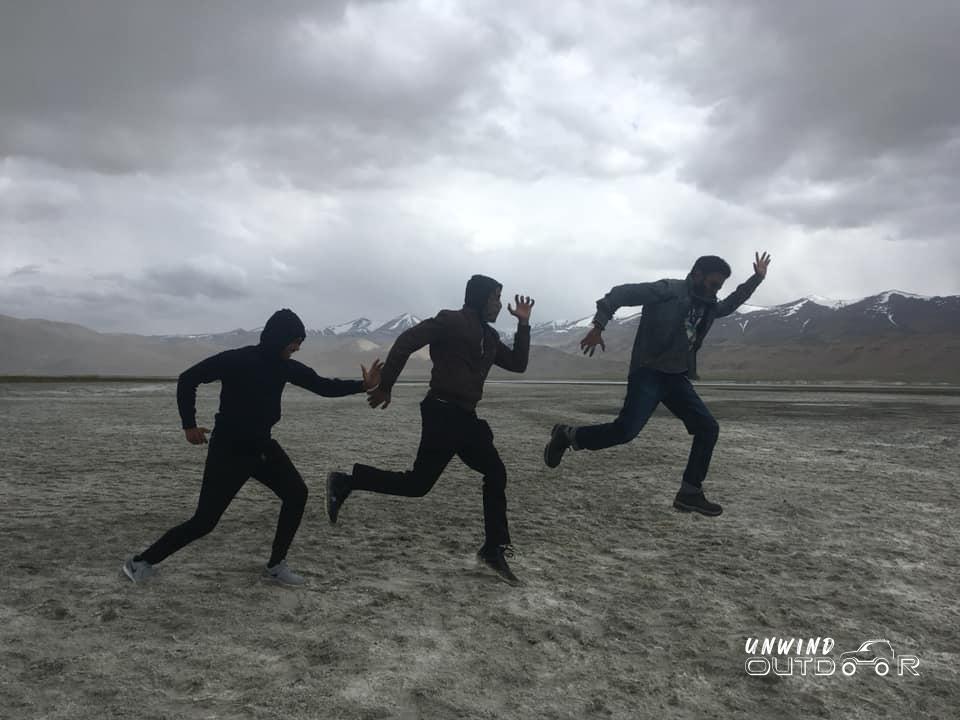 Eight of us from Sri Lanka got Sunil to arrange a self driven tour to Leh and we are very happy with our decision. He was punctual, trustworthy and met our expectations. The service provided was very professional. As foreigners it’s hard to arrange such a tour by ourselves and Unwind outdoor filled in the gap perfectly. All places we stayed were nice and decent. Should specifically mention about the two Scorpios which we instantly fell in love with. They were very well maintained ... 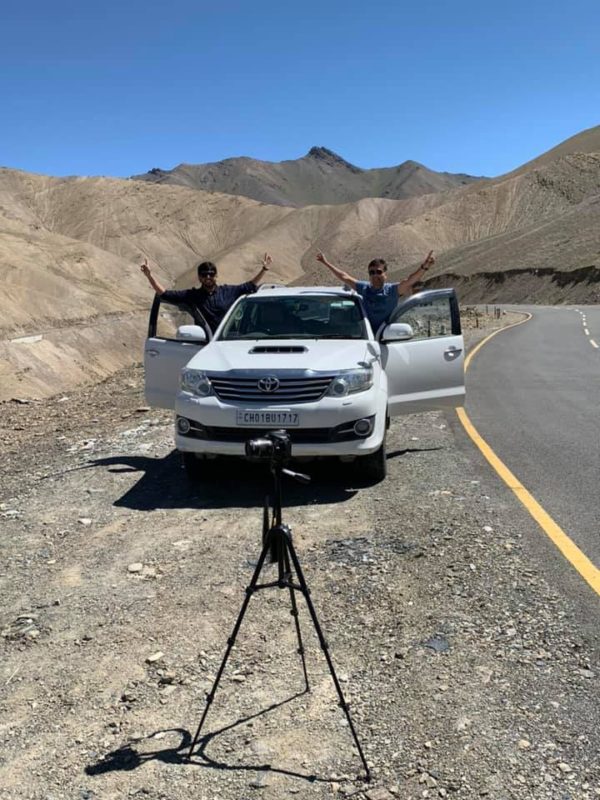 After days of research, we finally came across a facebook page called ‘Unwind Outdoors’. It seemed like our dream was going to be finally true. Very reasonably priced and Sunil from Unwind was like a know-it-all person.

The itinerary was so crisp and so very well laid out that there was no reason for us to worry other than coping up with nature’s fury.

We did a SUV self drive trip from Chandigarh to Ladakh and back organized by Unwind Outdoor.
Highly recommend Unwind Outdoor as Sunil and Manpreet took care of everything we needed (car, hotel bookings, sightseeing and food recommendations, permits) and everything was organized seamlessly. Sunil was very patient with all our queries, giving suggestions and options to suit our preferences. 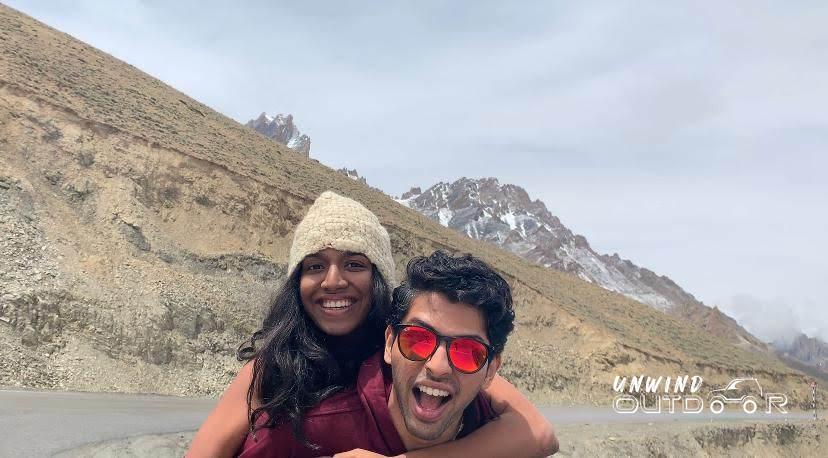 Great to see the know-how of the Unwind Outdoor team regarding every aspect of the Srinagar - Leh - Chandigarh self drive trip. From weather conditions, to road conditions, to health/clothing requirements, and also driving instructions - Sunil and Manpreet are warm, meticulous and knowledgable. Villa Himalaya in Sonamarg surpassed all our expectations and ensured that our expected standards for the rest of the trip were extremely high. 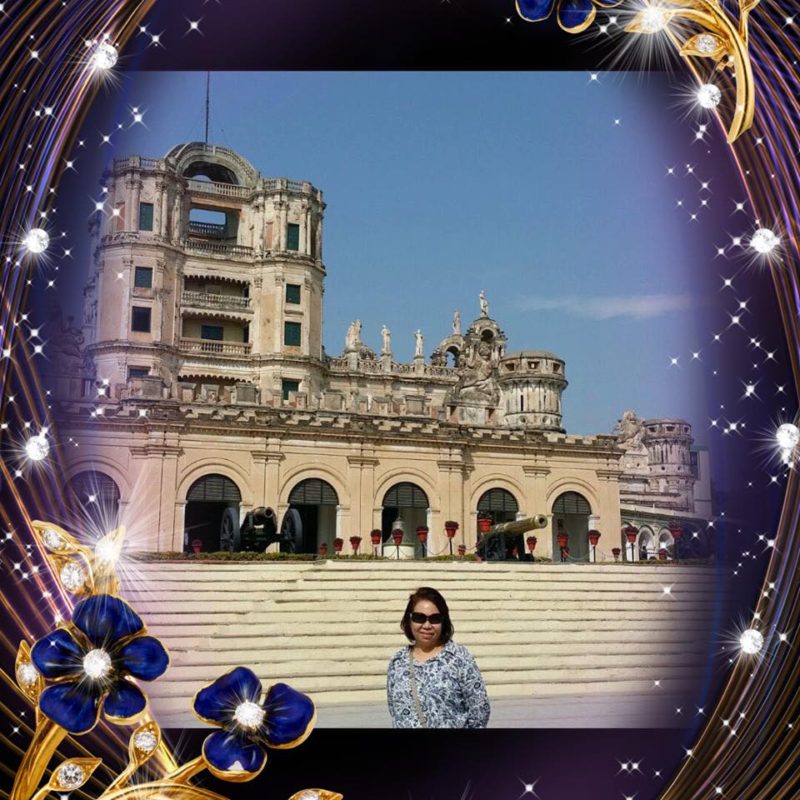 Thanks Sunil for arranging a wonderful trip. Everything went well and we were in good hands with friendly and competent drivers. Accommodation was good and tents were comfortable beyond our expectations. We didn't have problem with food choices. It was a totally rejuvenating vacation and experience for us. Thanks from us in Singapore! 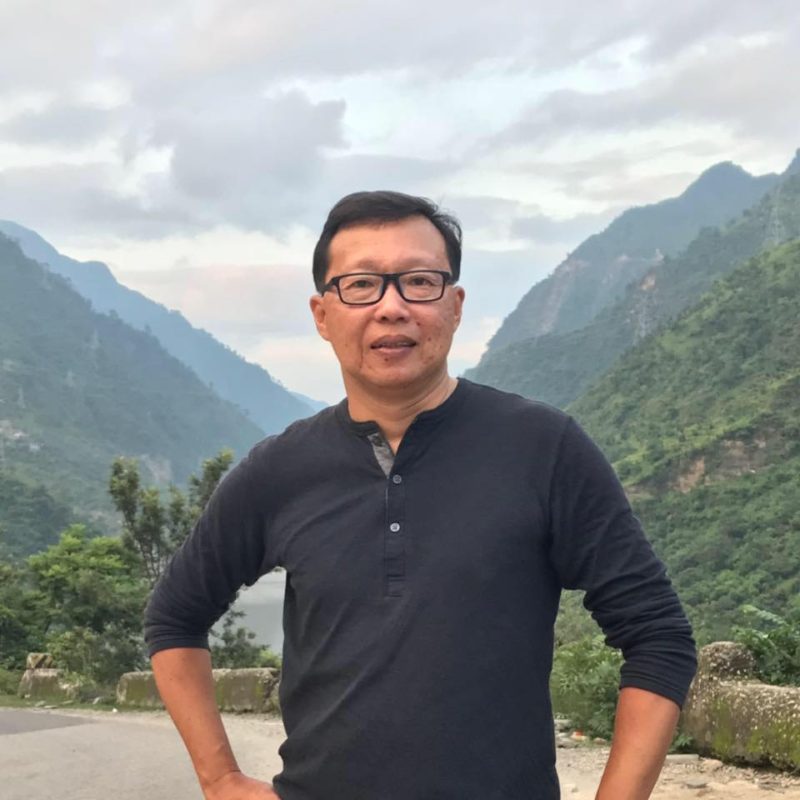 We had an amazing 9-day from Manali to Leh. Serene, breathless and picturesque. High altitude sickness was a big issue for us but we were in good hands.

Unwind Outdoor was superb in arranging and coordinating the trip. Taking care of all arrangements and checking-in on us. Kudos to Sunil and his team. 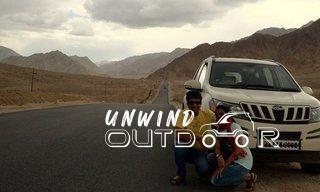 We travelled as a couple & completed a self drive trip from Delhi-Jammu-Srinagar-Kargil-Leh-Nubra-Pangong-Tso Moriri-Sarchu-Manali-Delhi. Itinerary was meticulously designed to be a mix of adventure and comfort. Hotel choices were best. Support was available at all points in case of emergency.Vehicle provided was top notch. Thanks to Mr. Sunil Kapoor for personally putting in efforts to maintain such high standards. 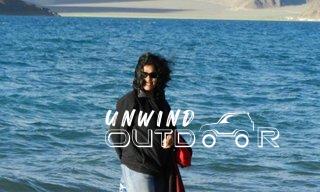 Six of us (two families) travelled to Leh in Jul / Aug 2015 and we had an excellent experience with Unwind Outdoor. From the very beginning of our excited planning phase, Sunil has been willingly suggesting us options, number of days, places to visit etc. He has all the knowledge of the terrain, passionate about trekking and traveling himself, so he understands travel-crazy people such as me and my quirks.
We landed in Leh in time for cloudbursts and flashfloods and landslides (along with mud and rocks sliding too). Despite Nature's fury, Sunil and Skarma made sure we were utmost safe and comfortable. These guys are just not into travel business, they help people fulfil their travel dreams. Truly! Go guys!!